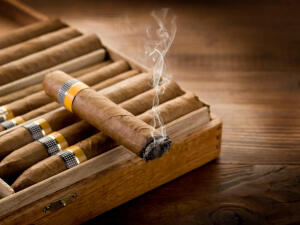 Robert D'Ercole, better known as "Bobby D", passed away on the evening of July 29th, 2022, at Rhode Island Hospital in Providence. He had just turned 68 years old. Born on July 6th, 1954 in Providence, he was the son of the late Anthony "Spike" D'Ercole, and Assunta "Suzie" D'Ercole.

A lifelong resident of Rhode Island, Bobby was born and raised in the Federal Hill neighborhood of Providence. He later spent years living in the Silver Lake section of Providence, and then Cranston, before moving to Warwick, where he made his home for the past few years.
Bobby D was a well known fixture in Downtown Providence, where he worked running parking lots for well over 2 decades. He then moved on to take a job with the Cranston School Department, where he was employed over the past several years.
Bobby really enjoyed hanging out with his friends, going out to eat at his favorite Italian restaurants, frequenting his favorite smokeshops, coffee spots, cigar lounges and of course playing his numbers. Taking rides to the casino was one of his favorite things to do. He also loved dogs, often driving down to the ocean with his best friend's Pitbull, Haze, and his English Bulldog, Don Carlo.
Bobby will be dearly missed by family and friends alike - forever remembering him for his great sense of humor, contagious laugh and smile, extreme generosity, well kept car and wardrobe, strong work ethic, overall strength and toughness, old school style, and one of a kind personality. Everybody wanted him around, and he was there for those he loved anytime they needed him.
Bobby D is survived by his children; Yvonne D' Ercole of East Providence, and Anthony D' Ercole of Cranston. Mr. D' Ercole was also the proud Grandfather of Anthony H. Aguiar and Skylar Lopes of East Providence. He was the beloved brother of Beverly D' Ercole - Joseph of North Providence, Adolph "Rudy" D' Ercole of Cranston, Dennis D' Ercole of North Attleboro, MA, Maria D' Ercole of Cranston, and the late Pasquale "Pat" D' Ercole of Providence. He also leaves behind his best friend Jay Colannino of Cranston, who he considered to be family.
Private Cremation will take place at Western Hills Crematory in Cranston. A Commital Service will be celebrated on Saturday August 27th at 11am in St. Anne's Cemetery in Cranston.  Family and friends will meet directly at the cemetery.  Arrangements are under the care and direction of the Cohello Funeral Home at 151 Cross St. Central Falls, RI.

To send flowers to the family or plant a tree in memory of Robert "Bobby D" P. D'Ercole, please visit our floral store.

A Memorial Tree was planted for Robert "Bobby D"

Join in honoring their life - plant a memorial tree

You can still show your support by sending flowers directly to the family, or by planting a memorial tree in the memory of Robert "Bobby D" P. D'Ercole