Share a memory
Obituary & Services
Tribute Wall
Donations
Read more about the life story of Michael and share your memory.

Michael A. Ribeiro of Central Falls formerly of Bristol passed away at his home, suddenly on Thursday January 12, 2023.  Mr. Ribeiro was 45 years old.  Michael was the life partner of Ashley Breault, with whom he shared two beautiful children; Michael A. Ribeiro, Jr. and Maria A. Ribeiro.

He was born in Providence on October 30, 1977 to his parents; the late Antonio C. and Maria Ribeiro.  Michael worked in construction since a young age, specializing and mastering; roofing and asphalt.  He was currently working as an asphalt contractor for Iannotti Paving.

Mr. Ribeiro was a true “Mr. Fix-It”…he could fix anything.  One of his greatest enjoyments was teaching people and sharing his skills and talents.  He was an extraordinary teacher because he was an extraordinary people person.  Michael loved being with his family and friends.  He loved cooking, working in his garden and cars and motorcycles.  His absolute greatest gift was being a Dad.

Michael is survived by his Life Partner and mother of his children Ashley Breault and their children; Michael A. Ribeiro, Jr. and Maria A. Ribeiro of Central Falls.  In addition of his parents; Michael is also reunited with his brother, the late Antonio F. Ribeiro.  He is also survived by several aunts, uncles and cousins.

Calling Hours will take place from 5-8pm on Monday January 23rd in The Coelho Home 151 Cross St Central Falls to which relatives and friends are cordially invited.  A Prayer Service will be celebrated at 7:30pm.

To send flowers to the family or plant a tree in memory of Michael A. Ribeiro, please visit our floral store. 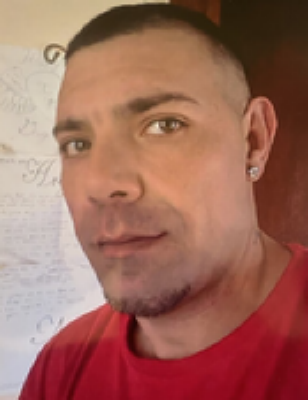 Look inside to read what others
have shared
Family and friends are coming together online to create a special keepsake. Every memory left on the online obituary will be automatically included in the book.

Look inside to read what others have shared

Family and friends are coming together online to create a special keepsake. Every memory left on the online obituary will be automatically included in the book.

You can still show your support by sending flowers directly to the family, or by planting a memorial tree in the memory of Michael A. Ribeiro
SHARE OBITUARY
© 2023 Charles Coelho Funeral Home & Cremation Services. All Rights Reserved. Funeral Home website by CFS & TA | Terms of Use | Privacy Policy | Accessibility