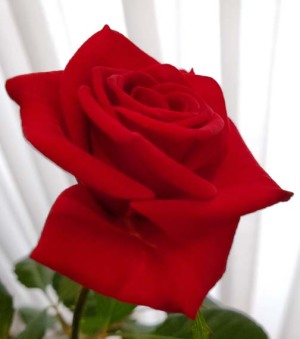 Marguerite M. (Manosh) LePage passed away peacefully in to the arms of the angels at the age of ninety-three years old on April 14th, in Orchard View Manor in Riverside where she had been a resident since 2013. She was predeceased by her loving husband William J. LePage to whom she was married on July 30th, 1949. Born in Sherbrook, Quebec, Canada on June 6, 1926, Marguerite was the daughter of the late William and Alexandrine (Bonneau) Manosh.

After losing her mother to cancer at a young age, Marguerite moved with her family to the United States and became a citizen at the age of sixteen. She learned to speak English while corresponding with her five brothers during their deployment in the military,; all of whom served the U.S. during World War II and miraculously returned home safely. She had a great sense of humor and loved to sing and dance and share stories about her childhood in Sherbrook; playing ice hockey with her siblings and neighborhood friends.

As a young lady she worked at Moore Fabrics, where she met and fell in love with her husband "Bill". Together they made their home in Pawtucket and raised a family of three daughters, of whom they were very proud. The enjoyed hosting  "Open House" on Christmas Eve, and picnicking in Lincoln Woods Park every Sunday during the summer months, where family and friends would gather to play volleyball, horse-shoes, and have card games.

She was predeceased  by her brothers Maurice, Thomas, Wilfred. Barnard and Phillip Manosh, and her sister Magdelene Halle. She is survived by her loving sister Jeannine Rebello of East Providence, her step-sister Theresa Fisher of Florida and several nieces and nephews.

There will be a private graveside service on Friday, April 24th, at 11 Am at the Rhode Island Veteran's Memorial Cemetery, 301 South County Trail in Exeter, RI 02822. We ask that only immediate family attend due to the current "Social Distancing" policies mandated by the State of Rhode Island.

In lieu of flowers, donations in Marguerite's memory to Hope Hospice and Palliative Care of RI, 1085 No. Main Street, Providence, RI 02904 or at HopeHospiceRI.org

To send flowers to the family or plant a tree in memory of Marguerite Marcelle (Manosh) LePage, please visit our floral store.

You can still show your support by sending flowers directly to the family, or by planting a memorial tree in the memory of Marguerite Marcelle (Manosh) LePage
Share a memory
© 2020 Charles Coelho Funeral Home & Cremation Services. All Rights Reserved. Funeral Home website by CFS