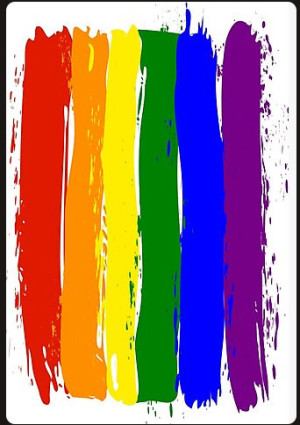 Gregory J. Ballard, 46, of Providence tragically lost his life after suffering from a "widow-maker" heart attack early Tuesday morning on July 20, 2021. Born and raised in New York, he was the son of the late Joyce Ballard and during his teen years, he was raised by his cousin, Perinne Pint-McVey.

Gregory moved from Albany to the Bronx during the mid-late eighties to work on his Information Technology Degree. As a young gay man, this proved to be a dangerous situation given the fact he was a new face in a new area during such a tumultuous time. Unfortunately, because of the stigmatization of the LGBTQIA+ community in those years, he found himself in need of a safe place to lay his head. In the late nineties, he found that safety he so needed, right here in Lil'Rhody. Embraced by his new community of misfits and making the necessary connections within the community, he was able to provide a safe space for his marginalized group and founded a company in 2010 that was crucial to Providence's "gay scene," Bear Providence. Though he felt some sense of fulfillment, he decided this was not quite enough and with the help of his ex-husband Jim, shortly founded their company, Cub Couture which was based out of Pawtucket and provided fun and stylish options for Bears, Cubs and Others within the community. His goal of starting these companies was to provide safety, confidence and love to the men often left behind in the eyes of fashion.

Greg, commonly known online as "Gamer:Redefined" was a digital creator who brought light to the lives of his community through Discord, Twitter, Twitch and Youtube. With these platforms he was able to provide love and support to strangers turned family through the United Wastelanders Network where he served South Morgantown with his closest IRL friends, Jefferey and Anthony. His profile gave him access to almost 1500 people every Tuesday and Wednesday evening.

When Greg wasn't streaming, making music or designing the latest fashions for the large and in charge, he was seen taking in the view of our beautiful state in Prospect Park on College Hill, occasionally he'd have his nose in a DC Comic. With the sudden interest in the film industry, he was also found in movie theaters soaking up the reality of seeing his favorite DC & Marvel Superheroes on the big screen.

Gregory is known by a lot of names, Gamer:Redefined, DJ Greg:Redefined, GregballardGR, Operator_05; despite his many identities online, he was always able to spread one message throughout any platform: One of the biggest lies ever told is, blood makes you family. No blood makes you related; loyalty, love and trust makes you family. Online is where he truly found the opportunity to redefine and find his "Family." Rightly so, Greg is remembered and survived by his loving family; his 425 Twitch members, his 500 Discord members, and his 250 Youtube subscribers. He is also survived by the people who were lucky enough to grow with Greg over the years; his cousin, Perinne Pint-McVey of Berwick, PA; his partner, Anthony; his best-friends, Jefferey of Providence and Dean of Virginia; his ex-husband and friend, James Carroll; his brother, Christopher Ballard of Saratoga Springs, NY; as well as the varied Wastelanders within South Morgantown and UWN.

“This has been your boy Greg Redefined…to the incredible chat of people. I just love you guys so much. This is why I do this.”

A GoFundMe has been created in Greg's Name and Honor:

To send flowers to the family or plant a tree in memory of Gregory J. (Gamer:Redefined) Ballard, please visit our floral store.