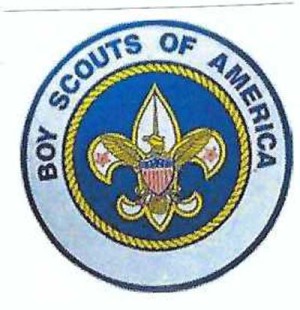 Donald (Don) Leo Rocheleau, a lifelong resident of Central Falls, died of complications from Covid-19 on April 17, 2020 at the age of 75 in the care of the Hope Hospice angels.  Born in Central Falls on January 8, 1945, Donald was the son of the late Leo and Violet (Peloquin) Rocheleau.

As a young boy Donald contracted Polio during the 1950 epidemic and despite losing many neighborhood friends, battled to survive and went on to lead the most productive life he could despite his inherited disability from the disease and the need of a brace to walk for the rest of his life.   He went on in life and became a Cub and Boy Scout, with Mom being a Den Mother, raised fish and had multiple aquariums, built models and never let the need of a brace slow him down.  He would walk everywhere and walking he did.  You could always see him walking around the city all throughout his time living in Central Falls, you would find him in attendance at his children’s and nephews baseball games or grabbing a burger at Stanley’s.  For a brief period of time he held jobs as the camera operator at the old Lafayette Cinema on Broad Street, an appliance salesman at the old Apex, went to culinary school and worked for his brother.   He volunteered his time for his sons as a cook at Camp Ker-Anna in Cumberland during the summers, as well as their Cub and Boy Scout involvement with Troop 2 of Central Falls.  Fond summer memories were made at the beach cottage at Cole Farm in Warwick where you could find him relaxing on the screened in porch on the swing or down by the water horseshoe crabbing.   In his later years Donald became a resident of Ethan Place assisted living in Warwick and as of last, Mt. St. Rita Health Centre in Cumberland.  He avidly enjoyed all the activities and outings they had to offer and was a whiz at Bingo as well as making his arts & crafts.   He enjoyed watching his Patriots and a good ole ice coffee, donut or Italian grinder that was brought to him on a visit even though he enjoyed the cook’s food!!

Donald is survived by Lorraine Rocheleau, their children Michel and his wife Evelyn of Warwick and Jason Rocheleau of North Providence.  He was the loving “Grandpa/Papa” of Michel-Jose (MJ), Mercedes, Isabella and Chloe Rocheleau.   Brother to Marie Sasso and her husband Bob of North Smithfield, Russel Rocheleau of Central Falls and Uncle to Robbie and Derek Sasso.

At this time the family would like to recognize and express our deepest appreciation for the nurses and doctors at Mt. St. Rita, Landmark Medical Center and Hope Hospice who took care of him as he battled the Covid virus.  They have and continue to put themselves in harm’s way to ensure dad and other families out there are receiving the best care they can provide under these unprecedented circumstances.   No form of gratitude can be expressed in words to all of you for being there for him as we could not be and we know that he was in angels’ hands the whole time, thank you from the Rocheleau family!

At this time the family will be postponing a ceremony with plans for one to be held in the future after it is safe to do so.

To send flowers to the family or plant a tree in memory of Donald Leo Rocheleau, please visit our floral store.

You can still show your support by sending flowers directly to the family, or by planting a memorial tree in the memory of Donald Leo Rocheleau
Share a memory
© 2020 Charles Coelho Funeral Home & Cremation Services. All Rights Reserved. Funeral Home website by CFS