Share a memory
Obituary & Services
Tribute Wall
Donations
Read more about the life story of Bernadette and share your memory.

Bernadette M. Barney, a lifelong resident of Pawtucket passed away on January 9, 2023 at The Miriam Hospital in Providence.  Ms. Barney was 86 years old.  She was born in Pawtucket on September 2, 1936 to her parents, the late Arthur and Stella (Johnson) Barney.  Bernadette was predeceased by her companion the late Roland Garrity.

Bernadette left her imprint on this world, especially for her family.  She was a loving, strong and funny woman.  Jokes were the only thing that Ms. Barney would tolerate being dirty…she was actually a clean freak but, dirty jokes would make her laugh.  Bernadette loved shopping, often hitting the stores in search of Kleenex and other paper products.  She also loved watching horror movies and making her beloved Macaroni Soup.

Ms. Barney had a few jobs earlier in her life as she worked for Hasbro Toys and for local jewelry manufacturers.  Despite this work history her true calling and passion was being a homemaker, raising and loving her family.  To her family, she was The Ultimate Warrior, a true definition of the word fighter.  She proved this throughout her life on several occasions, none more than her fight and victory against Breast Cancer.

Bernadette is survived by her children; Marie Casto and her husband Michael, James Sadak and his companion Mindi Cantelo and Thomas Barney.  She was beloved a grandmother of 9 and a great grandmother of 28.  In addition to her parents, Bernadette is reunited with her siblings; the late Bernard Barney, Arthur Barney, Jr., Larry Barney, Huey Barney, Bobby Barney and Geannie Barry.

Visitation Hours will be held from 6-8pm on Tuesday January 17th in The Coelho Home 151 Cross St. in Central Falls.  A prayer service will be held for Bernadette during the visitation.  Relatives and Friends are cordially invited to attend.

To send flowers to the family or plant a tree in memory of Bernadette M Barney, please visit our floral store. 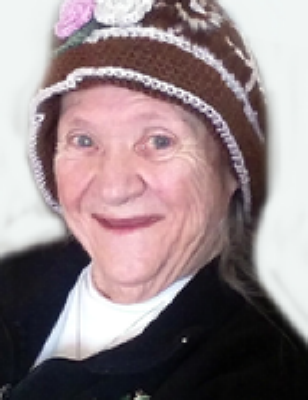 Look inside to read what others
have shared
Family and friends are coming together online to create a special keepsake. Every memory left on the online obituary will be automatically included in the book.

Look inside to read what others have shared

Family and friends are coming together online to create a special keepsake. Every memory left on the online obituary will be automatically included in the book.

You can still show your support by sending flowers directly to the family, or by planting a memorial tree in the memory of Bernadette M Barney
SHARE OBITUARY
© 2023 Charles Coelho Funeral Home & Cremation Services. All Rights Reserved. Funeral Home website by CFS & TA | Terms of Use | Privacy Policy | Accessibility